What do Paralympic and Olympic cycling champions Carol Cooke, Emily Petricola, Grace Brown and Kelland O’Brien have in common?

They are members of the St Kilda Cycling Club in South East Melbourne.

And they are not alone. Other former members include Tokyo 2020 Paralympians Stuart Tripp and Paige Greco, and former Olympians Matthew Lloyd, Grant Rice and Tracey Gaudry.

“I was part of another club that found me too difficult to include,” she said.

“I was not allowed to run with the women, instead I was forced to ride with the juniors aged nine to 12.”

Everything changed when she joined the St Kilda club, where she continued to ride and train.

“No matter what type of bike you are on, they make you feel like everyone else.”

Included from the start

Vice President Allison Raaymakers said she was excited about the St Kilda Cycling Club’s four medals from Tokyo and attributed the success to the culture created by its few hundred members.

“The thing we’re particularly focused on is being a really diverse and inclusive club, and making an effort to give people a reason to roll,” she told Raf Epstein on ABC Radio Melbourne.

“The more we can ride a bike, the more likely it is that someone will filter and reach the level of mastery of cycling.”

The relatively young club was a pioneer in several ways – they were one of the first to offer women a specific level of racing in the late 2000s and allowed para-cyclists to ride alongside everyone else.

She said this culture was rooted in the foundations of the club.

The club was formed 22 years ago when members split from existing clubs to create a more relaxed and inclusive environment.

While that didn’t stop members from continuing to ride professionally, she said the club liked to organize rides where they would stop at all of the best cannoli spots around Melbourne, or lounging on bean bags after a ride. race.

“We are proud to be a strong social club and to have a running tradition,” she said.

He said the culture was similar to that of other successful cycling clubs, such as Brunswick in north Melbourne and Port Adelaide in South Australia, which had also seen their members perform well at the Olympics, Paralympics and other championships. international. 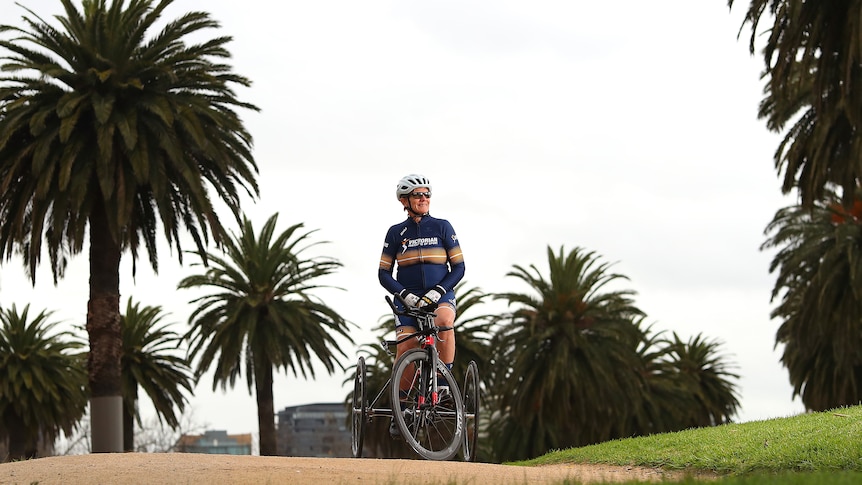 Para-cyclist Carol Cooke is aiming for her fourth Paralympic gold medal at age 60 in Tokyo.

“Some people think that the success of the club depends on the number of champions it produces, but I think it is the result of good environments,” he said.

Of the 450 clubs in Australia, he said St Kilda is one of the leaders in inclusion for people of all ages, genders and abilities.

But he said the international success of clubs was often “fluid and ebb”, with clubs across the country also having different goals, whether on particular age groups or types of cycling.